Gary says goodbye ahead of retirement after three decades of service

After three decades of serving the communities of Staffordshire, Station Manager Gary Fox is preparing to hang up his helmet.

On January 16 2022 – some 31-years after his inaugural day - Gary will walk out of the headquarters for the last time.

“I can’t quite believe it” he said.

“I’m so thankful that the service saw something in me at the start – a 19-year-old lad with very little life experience. It really gave me a chance.”

The story begins on a Thursday morning in November 1990 – when Gary first enrolled on the new recruits’ course to pursue a long-held ambition of becoming a firefighter.

But it wasn’t always smooth-sailing.

Gary said: “My first day was 8 November 1990, where I started my 18-weeks training at Newcastle Fire Station.

“It’s no secret though that I found the course difficult in the beginning. I was actually put on a two-week notice period originally as I wasn’t meeting the required standard.

“It takes perseverance though, and thanks to the support of the recruits and instructors I was able to get through and complete the training.”

Gary then began his career as part of Blue Watch in Stafford in March 1991.

“The Watch were absolutely brilliant at supporting new recruits and I truly believe that the six-and-a-half-years I spent there probably set me up for the rest of my career” Gary said. 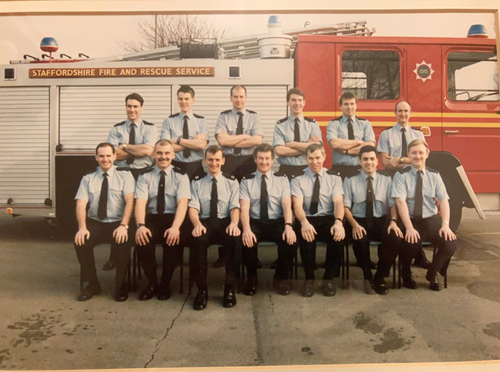 During his service, Gary attended various incidents across Staffordshire.

He said: “Whilst I was on Red Watch Stafford, we were called to reports of a 14-year-old boy who was stuck up a tree. He had been climbing with friends and had reached 100 foot, before getting anxious and becoming stuck.

“I was tasked to use our Rope Rescue Equipment to climb up to him, fit a harness so he couldn’t fall, and guide him down to safety.

“The whole thing took three hours but luckily we managed to rescue him without injury. It ended up being reported by the national press!”

“I also recall one New Years’ Eve being spent in the cage of a Hydraulic Platform in Longton!”

He said: “I’ve honestly learned from every incident I have attended.

“Some of the jobs I’ve been to have not gone according to plan but my training always taught me to prepare for failure”.

Gary has also worked across other watches – including Newcastle Red, Stone Orange and Stafford Red - however, there are other elements of the job that Gary will miss, including working within the Learning and Development and the Firewatch team. 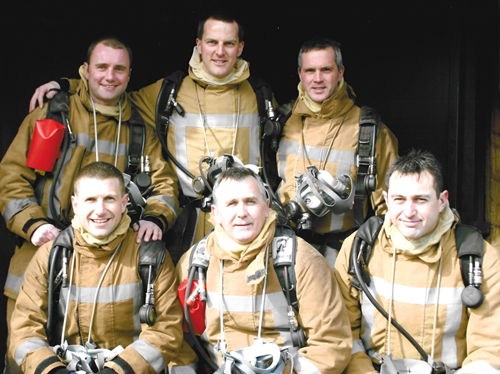 Gary has witnessed first-hand how the service has adapted over the last three decades – from not having a single computer at stations in 1991 - to operating within a vast digital landscape in 2022.

He said: “Back in the 90s, windows were just something you looked through!

“We’ve come from a predominantly response-based service to one which works with multiple partner agencies to support the most vulnerable in our communities.

“Now we are preventing fires from starting in the first place, supporting victims, as well as responding to incidents with a new array of equipment and resources.”

Now Gary is preparing to leave the service behind – despite still holding three separate roles.

He added: “Until 16 January, I’m still working as a Station Manager, I’m still on-call for Abbots Bromley Station and I’m still the Team Lead for the Enhanced Logistics Support Team – where I have been deployed with colleagues across the country in response to flooding and other major incidents.”

But, for his final day, Gary will be returning to where it all started – at Blue Watch in Stafford.

He said: “There are still colleagues there who I worked with a few years ago, so I think it’s only fitting that I round-off an incredible 31-years there before I say goodbye.

“I am immensely proud to have been a firefighter within Staffordshire and I am so grateful to have been able to work with our communities and so many fantastic colleagues across the service.

“I am really going to miss it.”