A former Staffordshire firefighter is set to row 100,000 metres to raise funds for two charities close to his heart.

Sixty-seven-year-old former Crew Manager, Chris Foxley, is fundraising for the Fire Fighters Charity and Midlands Air Ambulance Charity after retiring from the Service in December 2020.

He has been asking for donations through his JustGiving page, with a goal of £1,000 to be split evenly between both causes.

Chris will use a rowing machine at the Sweat Bank Gym in Tatenhill, Burton-on-Trent to complete the hefty task, by splitting the distance into 10 separate sessions of 10,000 metres per day.

The sessions will be completed at level 10 difficulty on the machine, the hardest possible setting, with the aim of completing each session within 50-minutes.

He said: “Do I feel out of my comfort zone? Yes! But at times, especially in the Fire Service, that’s how we like it.” 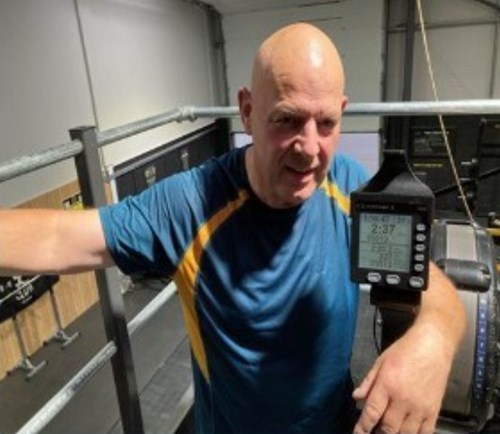 “I’m doing this to raise awareness for two fantastic causes which help firefighters both operationally and personally.

“I have seen first-hand how important the Fire Fighters Charity is to firefighters who are injured and suffering with their mental health.”

Chris joined Staffordshire Fire and Rescue Service as a firefighter at Tutbury in January 2011, where he transitioned into a crew manager and stayed for nearly 10 years.

After retiring, he joined the local gym to improve his fitness levels, and now wants to raise money for the two causes which remain close to his heart.

The Fire Fighters Charity helps thousands of firefighters and their families by providing confidential and personalised support across their mental, physical and social wellbeing.

It was originally set-up in 1940 to support the families of firefighters which had died during the Blitz in World War Two, and has been helping servicepeople ever since.

The other half of the pot will then be given to the Midlands Air Ambulance Charity.

“I want to raise as much awareness as possible for these two charities who both contribute so much to the safety of our communities and the wellbeing of emergency service colleagues.”