Fire crews have helped rescue a dog that was stuck in a rabbit hole in South Staffordshire.

Firefighters were called to land off Woodford Lane, Trysull, at 5.30pm on Monday (31 October).

Crews from Cannock and Wombourne attended as did the Cannock Unimog (Animal Rescue Unit).

The dog’s owners reported Cheddar had entered a rabbit hole and got stuck underground.

With crews unable to get to the dog, firefighters dug holes with the aim of retrieving Cheddar. 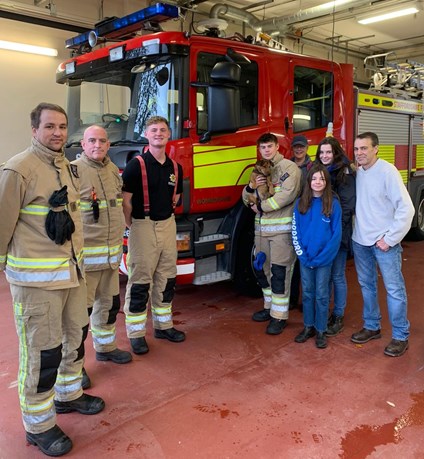 Fire crews remained at the scene for six hours but even after digging up the holes, there was still no sign of Cheddar.

With growing concerns about Cheddar, the dog’s owners returned to the scene at 6am on Tuesday (1 November).

And on their return, Cheddar was found next to one of the holes dug up by fire crews.

Cheddar was reunited with its owners.

Sarah Coulson, one of Cheddar’s owners, said: “We would like to express our thanks to the firefighters for the efforts they put in to help retrieve Cheddar.

“The crews showed amazing commitment throughout and I can’t begin to thank them enough.”

"It’s always relieving when you are able to have such a positive outcome and to see a pet reunited with their owners, especially when they are unscathed."