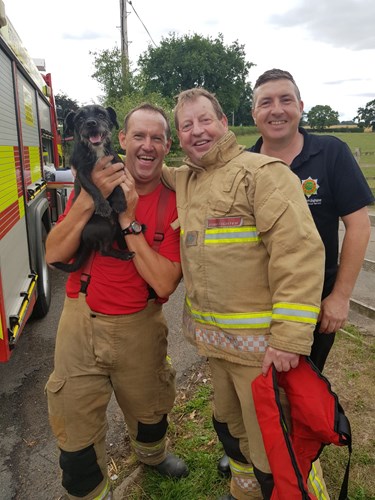 Fire crews have rescued a dog that was stuck on Devils Drop off Quarry Lane in Gnosall.

Firefighters were called to Quarry Lane, Gnosall, just after 11.30am on Tuesday (23 August) following reports of a Jack Russell becoming stuck on a near vertical embankment at the side of the canal.

Crews from Gnosall and a Specialist Rope Rescue Team from Stafford attended to perform the rescue.

On arrival, a thermal image camera was used to locate the dog, named Teddy, on the embankment, while rope systems were put in place.

A firefighter then proceeded down to rescue Teddy and bring him back to the top safely.

The dog has been reunited with its owner.

Crews left the scene at 3pm.